The children have been writing around our topic of space. First of all, they made their own planet using paper mache then painting them. They have used ambitious language, fronted adverbials and different sentence openers to write description of their planet. They have also used relative clauses, synonyms for said and different sentence types to create their own narrative. Their writing has been amazing! 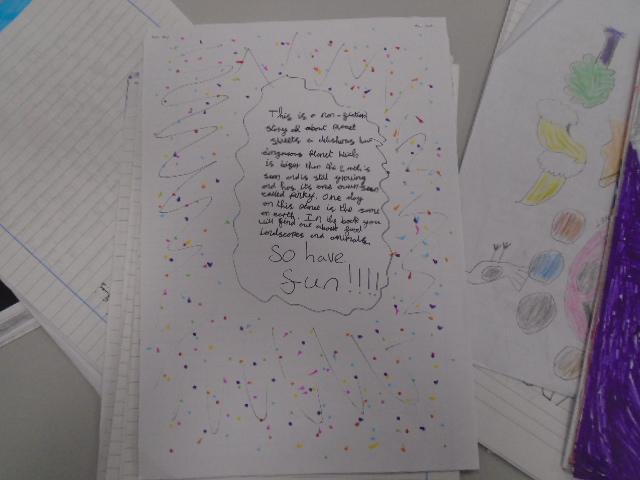 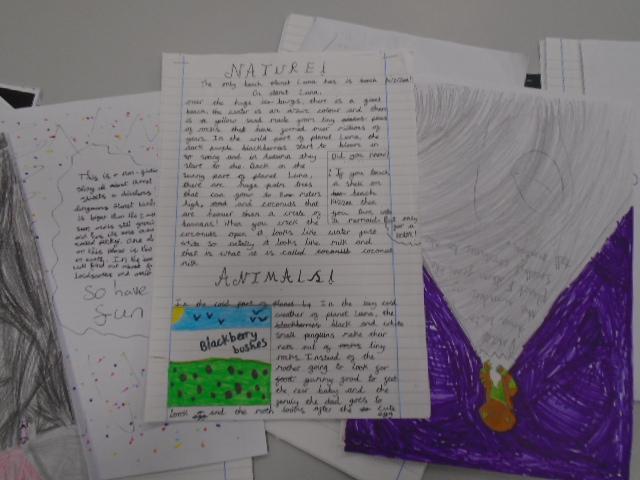 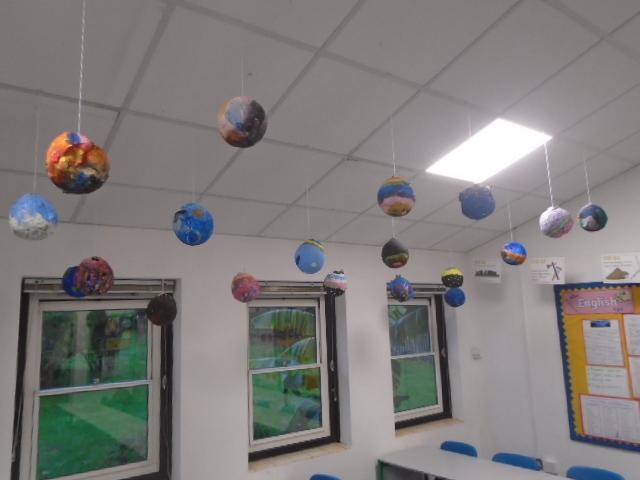 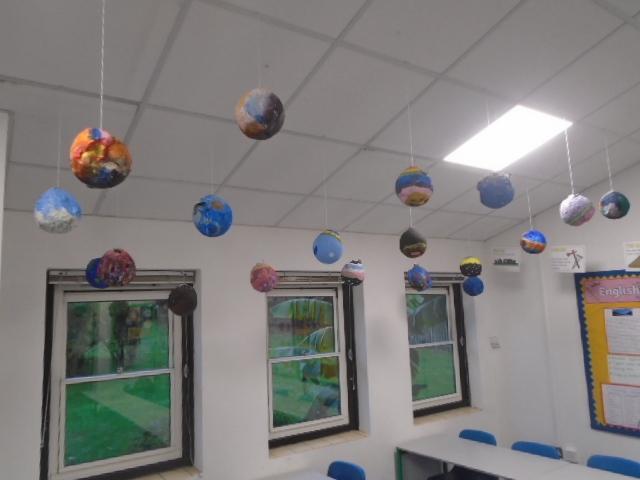 Class 5 have been learning about the effects of gravity, friction, water resistance and air resistance. They designed and made their own parachutes with the hope of stopping an egg from cracking! They also planned their own friction experiments in which they used Newton metres, ramps, cars, timers and measuring tapes to test the effects of friction. For gravity, they measured their mass then calculated what their weight would be on the Moon and Jupiter. 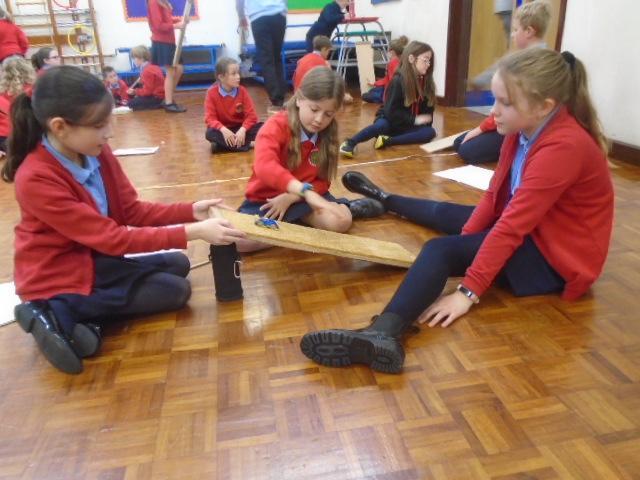 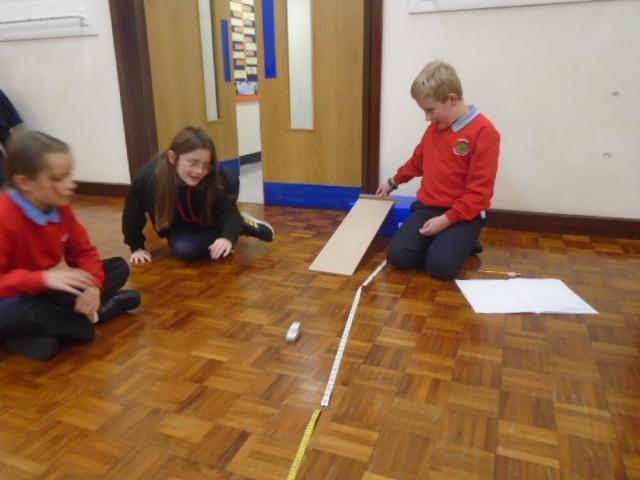 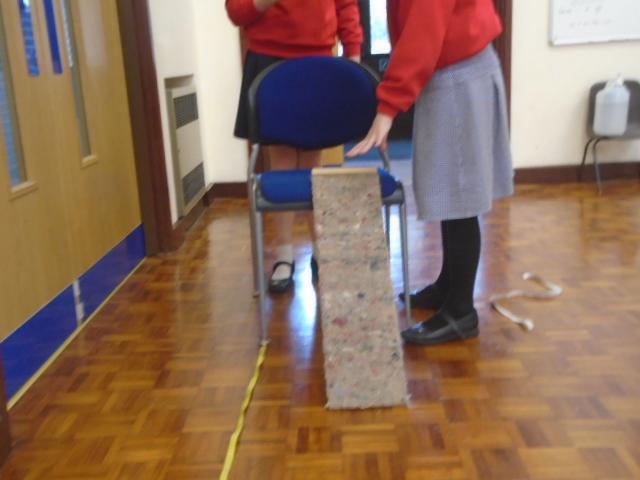 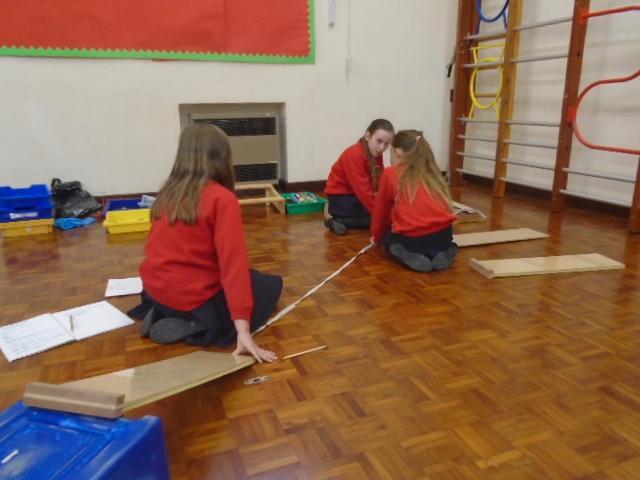 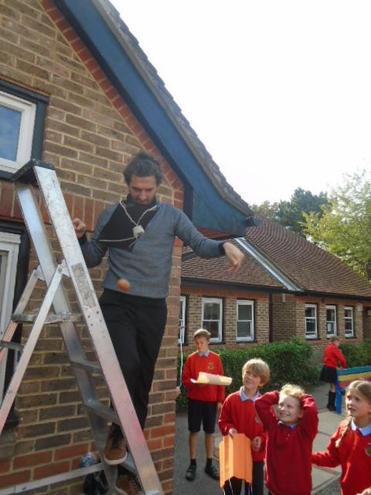 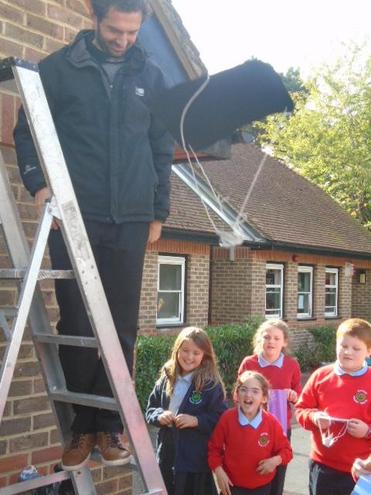 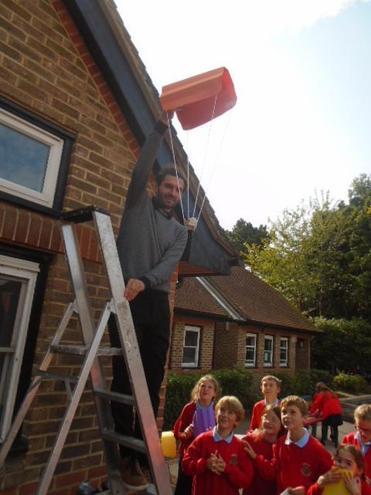 Team Maple have been exploring the art of David Hardy. He is a contemporary artist who began his career painting space landscapes. His work has had to become digital to keep up with the times. As well as painting fine art to sell, he now illustrates for fiction, non-fiction books and for film and documentary. The children have been mixing colours and experimenting with mark making and textures. They have used effects such as stippling and sponging to make their paintings look like Hardy’s. They also explored layering materials over the paint such as chalk and oil pastels. Check out their amazing work! 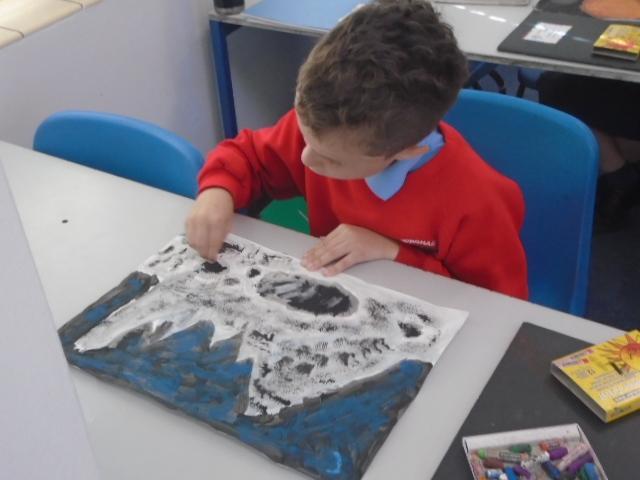 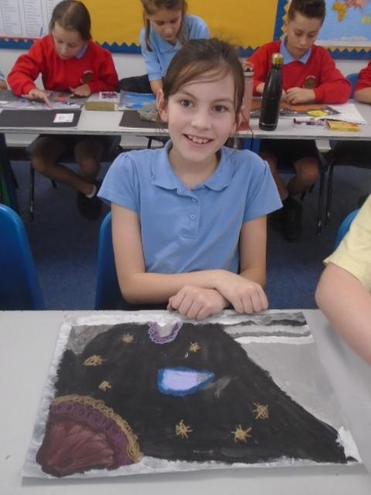 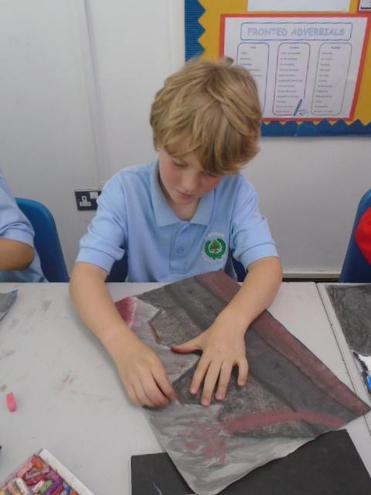 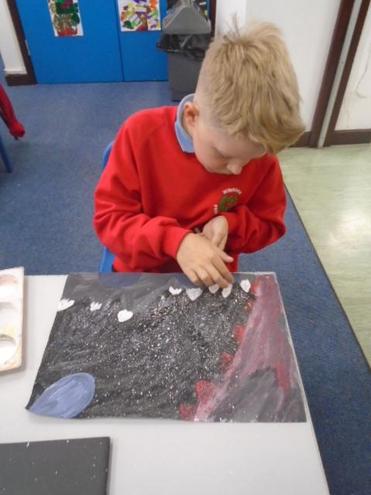 Huge well done to Amelie for planning and teaching her own French lesson to the class! The children enjoyed learning about the Solar System in French and they are looking forward to another lesson from Amelie this year! 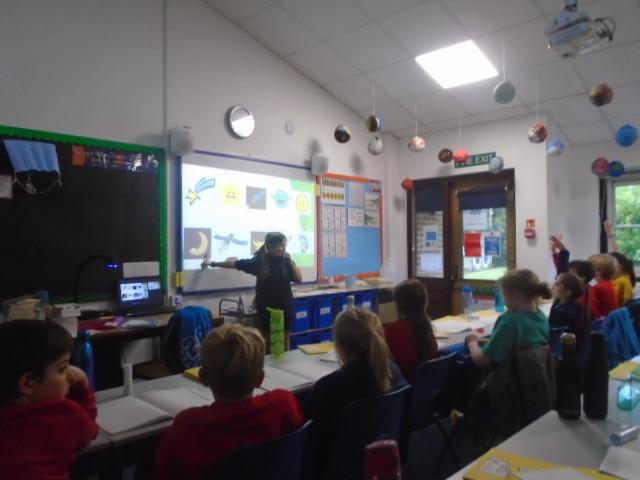 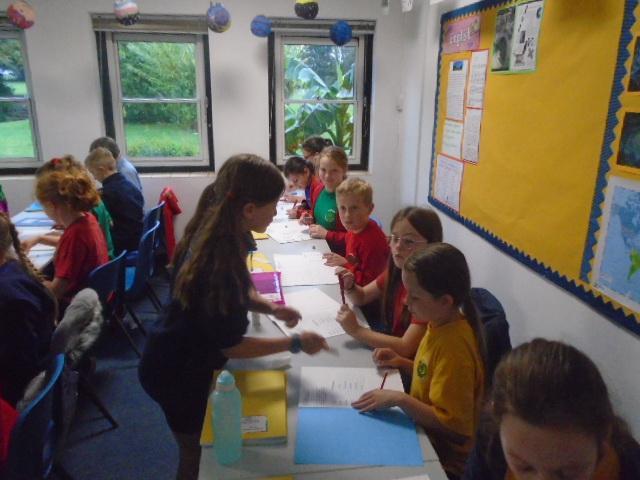 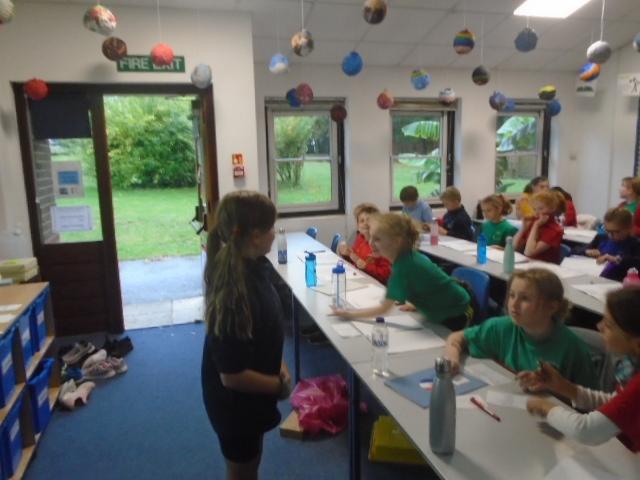 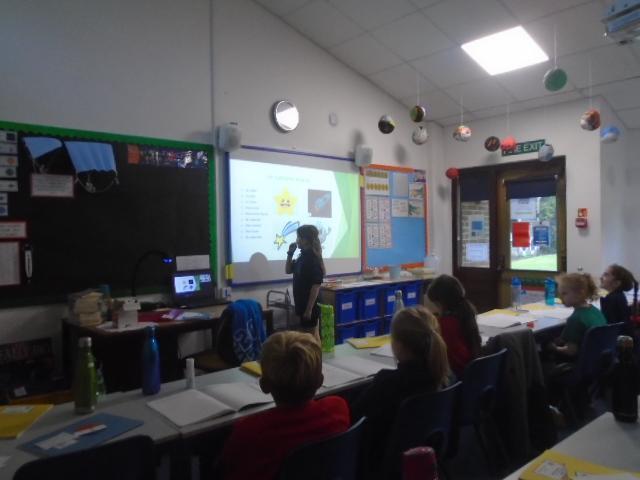